There are a number of sub-appellations within the Languedoc region, many of which are changing as the unique wine of the area is developed and refined. 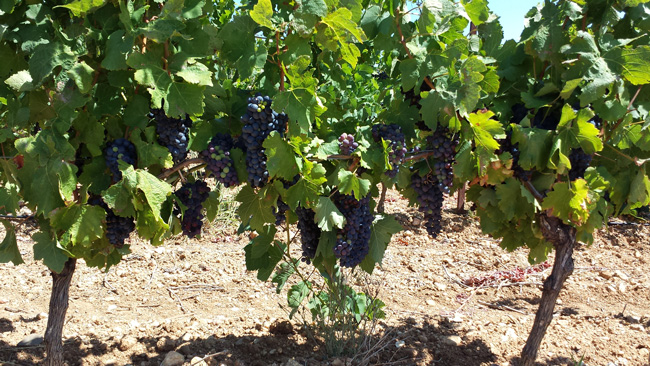 The AOC Languedoc (formerly Coteaux du Languedoc) is the predominant regional appellation and is by far the most important. Benefiting from the sunny climate of the Herault, the rich soils of the plains produce magnificent vines. Red and rosé wines are typically made from Grenache, Syrah and Mourvèdre while white wine are produced using Grenache, Clairette, Bourboulenc, Picpoul, Roussanne, Marsanne and Rolle.

Its sub appellations, including Pezenas, Terrasses du Larzac, Grés de Montpellier, Pic St Loup and Picpoul de Pinet, account for most of the top quality viticulture in the Eastern Languedoc.

Other notable appellations include:

Divided by the river Orb and Vernazobres the area benefits from the hot temperatures of the Mediterranean climate and good sun exposure providing excellent conditions for the vines to grow and resulting in one of the most distinctive Languedoc wines.

The Corbieres landscape is dramatic and windswept, producing less tamed and more concentrated red wines than the neighbouring Minervois. It consists of no fewer than 11 climatic zones.

The Faugeres appellation was created in 1982 and produces consistently good wines. The hillsides are predominantly made from schist. These meagre soils provide a unique soil drainage and moisture retention. Typically, the Faugeres wines are full of ripe fruit liquorice. The appellation also includes several excellent rosé wines.

The Grés de Montpellier appellation was launched in 2003. It covers over 45 vineyards in and around Montpellier, stretching from the Hérault middle valley to the Vidourle, and from the Mediterranean in the south to the Pic Saint-Loup in the north. There are strict production regulations and grapes can only be grown on land that has been approved. Grapes can only be picked at full maturity and must have an alcohol level of above 12%. There must be a least two principle grape varieties to make up the blend of red wine, and wines have to been matured for at least a year before being released for consumption.

The production of this world famous white wine is centered around a few small villages close to the Bassin de Thau, that produces much of France’s high class oysters and mussels. Situated on a limestone plateau, the vineyards produce an outstanding white wine. The wine is made from a single Piquepoul grape variety and is a light acidic wine, with citrus fruit aromas. It is the perfect accompaniment to seafood.

Muscat de Frontignan is the largest Muscat region. This golden honey sweet wine is produced from the white grape ‘muscat à petits grains’, grown on vines that are planted between Vic La Gardiole and Thau. This wine is lovely to drink young and fresh, but it is also interesting if kept to mature, served as an aperitif or with dessert or blue cheese.