Ascending Mont Ventoux via Sault is considered the “easiest” of the three routes to the summit – the other 2 routes are via Bédoin or Malaucène. This route is 26 km in length with an average gradient of 4.6%. The route is also the most picturesque starting in the pretty town of Sault and rising through the lavender fields.

Nonetheless it is important to pace yourself, especially over the first 12 km, which can be challenging with a fairly steady rise, often with an early exposure to a strong head wind. There are also some steep sections as you enter the Forest of Ventouret.

The following 7 km to the Chalet Reynard are much more accessible and relatively shaded depending on the season and the time of day you are riding. Although you are mostly in the forest here, there are some magnificent views over the valley and multiple rest stops if you are inclined to stop to take a photo.

The final 6km section, when the route joins the Bedoin ascent, remains the most impressive AND the most difficult. The average gradient on this section is 8% with the slope gradually increasing as you reach the top. The peak is in sight, but there is still a lot of hard pedalling before you arrive at the summit. The fatigue and exposure to sun and wind make this a particularly difficult final stretch.

Temperatures at the summit can be cool even in summer. Plan to change and a bring a windbreaker and gloves for the descent!

Details of the climb 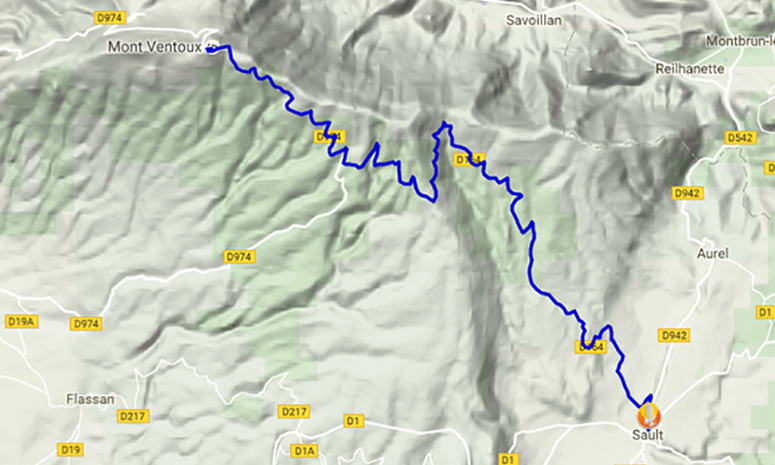